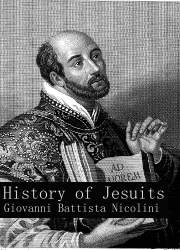 I TRUST that In the following pages I have succeeded in the task I proposed to myself, of conveying to my readers a just and correct idea of the character and aims of the brotherhood of Loyola. At least I have spared no pains to accomplish this end. I honestly believe that the book was wanted; for liberal institutions and civil and religious freedom have no greater enemies than that cunning fraternity; while it is equally true, that although the Jesuits are dreaded and detested on all sides as the worst species of knaves, there are few who are thoroughly acquainted with their eventful history, and with all those arts by which the fathers have earned for themselves a disgraceful celebrity. The fault does not altogether lie with the public; for, strange to say, there is no serious and complete history of this wonderful Society. I have done my best to supply the deficiency; and I indulge the hope that, if the book is fortunate enough to challenge public attention, it may be productive of some good. In no other epoch of history, certainly, have the Jesuits been more dangerous and threatening for England than in the present. I am no alarmist. I refuse to believe that England will relapse under the Papal yoke, and return to the darkness and ignorance of the middle ages, because some score of citizens pass over to the Romish communion; but at the same time I do believe that many bold and less reflective persons make too light of the matter, and are wrong in refusing to countenance vigorous measures, not for religious persecution, but to check the insolence and countermine the plots of these audacious monks. 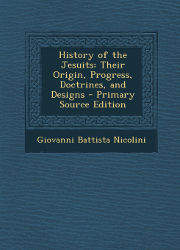